Portuguese-speaking countries and the challenge of a technological circumnavigation

In this article, I propose the assumption that we are making a technological journey, analogous in many respects to European ocean voyages of the 15th and 16th centuries (Martins, 2015a, 2017, 2018a, 2018b). Thus, I confront the technological nature of the current financial globalization and the commercial nature of European maritime expansion. Whereas the first journey resulted in the colonization of peoples and nations, in the second journey we moved, in a century and a half, to that which Edgar Morin called the “colonization of the spirit” of the entire human community (Morin, 1962). Within this context, I took into consideration the consequences, for culture, of the acceleration of the time via technology, which has mobilized human beings, “totally” (Jünger, 1930) and “infinitely” (Sloterdijk, 2010), in view of the urgencies of the present (Martins, 2010). On the other hand, I will use post-colonial studies to situate transnational and transcultural identities, by examining Portuguese-speaking communities within the context of the “battle of languages,” to use an expression coined by Mozambican linguist Armando Jorge Lopes (2004). This is why I will consider “technological circumnavigation” (Martins, 2015a, 2017, 2018a, 2018b), to be undertaken by every Portuguese-speaking country, like a fight for the world’s symbolic ordering (Bourdieu, 1977, 1979, 1982), where we raise hegemony language-related problems and those pertaining to political, scientific, cultural and artistic subordination (Martins, 2015b). This is, therefore an electronic journey, using sites, portals, social media, digital repositories and archives, as well as virtual museums. What’s more, the viewpoint adopted is that which states a great language of cultures and thinking, such as Portuguese, likewise cannot avoid being a great language of human and scientific knowledge. 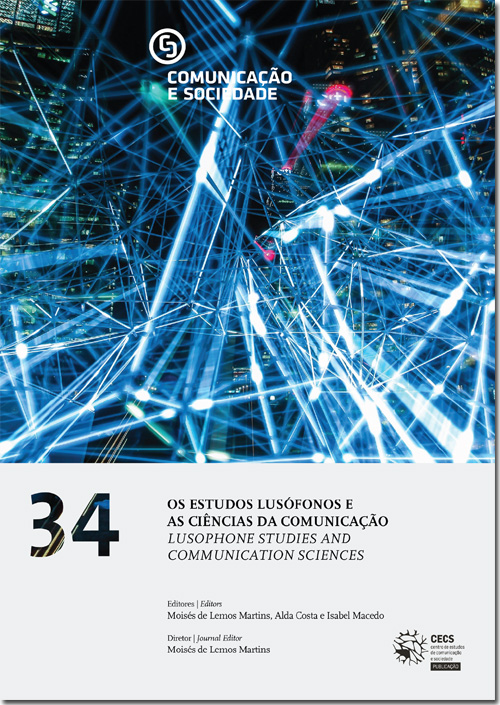